On Thursday, the UK voted to leave the European Union, making Brexit a reality.

Although it will take years for the full consequences to become clear, as the British and European leaders will begin negotiating the terms of Britain’s departure, here’s what you need to know about Brexit.

How did the issue around Brexit start?

UK Prime Minister David Cameron, as part of his campaign in the 2015 general election, promised to hold a referendum on Britain’s position in the European Union. The last time British voters had a say on their EU membership was in 1975, and now, in 2016, history was made again.

Who was against Brexit?

Well for starters, David Cameron. He has been urging people to #VoteRemain. Also Richard Branson and Stephen Hawking have been vocal that they want the UK to remain within the EU.

Who was for Brexit?

Leaders like Boris Johnson, Nigel Farage and Bernie Ecclestone were all for #Brexit, saying Britain should cut cords with the sinking ship that is the EU. The EU charges billions of pounds each year for membership.

People older than age 18 living in England, Irish and the Commonwealth are eligible to vote. So, even South Africans living in the UK could cast their vote.

What are the immediate consequences?

As the vote came in that the UK would leave the EU, it send the world’s currencies on a rollercoaster ride. The Pound plunged to a 30-year low against the Dollar, and also the Rand dropped by the most since 2008 against the Dollar.

How will it affect travel from SA?

Although a weaker Rand can obviously be a deterrent for international travel, Vanya Lessing, President of the Association of Southern African Travel Agent, explains countries will not want to make it more difficult or expensive for a traveller.

“In fact, there will be a lot of competition not to lose tourism, but rather to make gains to contribute to GDP,” she says, adding that there is also lot of scaremongering going on regarding the impact on various sectors of industry. “Travel is a very resilient industry. People will continue with their business and leisure plans. In today’s global world, travel has become a necessary function of business and life.”

UK-European LCC flights could be affected

Low-cost airlines in Europe and the UK have thrived due to treaties which ensure a single aviation area across Europe. EasyJet has claimed that the UK being part of the EU has allowed for their routes across Europe to almost double, and fares to fall by 40%. In a post-Brexit era, access to the market could change, and LCCs could choose to switch bases if they find they need to renegotiate bilateral agreements with Europe.

According to Willie Walsh, boss of British Airways’ owner International Airlines Group (IAG), airlines that have a more global focus wouldn’t see a material impact due to Brexit.

Queues at Heathrow could lengthen

EU passengers travelling via London could potentially join Americans and other international travellers in one queue for non-U.K. citizens, leading to longer queues at Heathrow. 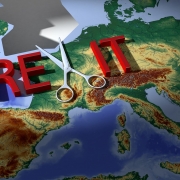 IATA warns of future growth at risk from no deal Brexit 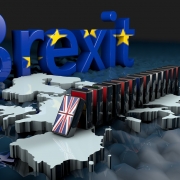 Zika: What you need to know
Scroll to top
Event Details
×
We use cookies on our website to give you the most relevant experience by remembering your preferences and repeat visits. By clicking “Accept All”, you consent to the use of ALL the cookies. However, you may visit "Cookie Settings" to provide a controlled consent.
Cookie SettingsAccept All
Manage consent