In the wake of the Brussels terror attacks, which left at least 30 dead and hundreds wounded, industry analyst Euromonitor has predicted a decline in bookings to the European capital in the short- to medium-term. However, not only Belgium has been affected by these atrocities, the global tourism industry as a whole has come under fire once again.

“This is not an attack on Belgium, it is an attack on us all and sadly these tragic events remind us again that we are facing a global threat that needs to be addressed globally” said UNWTO Secretary-General, Taleb Rifai.

Travel agents in South Africa agree that terrorism can happen at any time, any place. “If you leave your house and cross the road you could get killer or maimed. There is nowhere in the world that is safe from terrorism it’s a case of being in the wrong place at the wrong time,” says Wally Gaynor, MD Club Travel.

The global message of industry leaders is to stand together and to not give into the fear of terrorism. “We encourage governments to make policy decisions that balance safety of their citizens with continuing to facilitate travel for business and leisure purposes,” said David Scowsill, President & CEO, WTTC.

Scowsill urged the governments around the world to work closely together to combat this global threat and to increase security measures on the ground and across borders through expanding intelligence sharing. He warned however that enhancing security does not mean closing down borders.

Gaynor explains that it is important to send a message to the terrorists that they will not win. He says: “We as the travel industry must support countries around the world by travelling and advising our clients to travel.”

Rod Rutter, COO XL Travel, explains it will be difficult for travel agents to advise their clients, as terrorism attacks can happen anywhere. What the industry can tell clients however is that they should expect increased security measures, not only in Brussels, but across the world, he says.

Patricia de Freitas, Journey Corp. Travel in association with eTravel, says clients with upcoming trips to Europe are mostly corporate travellers, who will not be quick to cancel. She says: “My clients are aware of the situation and are experienced travellers, so they know that there will be heightened security and delays.”

Security measures around the world

Security measures have indeed been stepped up at transport hubs across the globe with police and military personnel carrying out extra high-visibility patrols and additional checks.

The UK Daily Mail reported that extra armed police on the streets, sniffer dogs and increased security checks at airports were just some of the measures brought in as the world reacted to attacks in Belgium.

WASHINGTON DC: Additional K9 sweeps and patrols carried out as a ‘precaution’.

RUSSIA: Authorities to ‘re-evaluate security’ at airports, although Russia’s measures are already among some of the toughest across Europe.

GERMANY: Armed police on patrol in the country’s airports.

NETHERLANDS: Extra security measures including armed police have been put in place at the country’s airports and borders.

EGYPT: Top security officials have been asked to personally handle security checks inside airports and in outside areas like hotels and car parks.

AUSTRIA: Extra police on the streets and at airports in Vienna and other major Austrian cities.

SPAIN: The Interior Ministry said officials would meet later today to discuss the situation but that for the moment Spain was maintaining its Security Alert Level 4.

What will travel insurance cover?

Uriah Jansen, Oojah Travel Insurance, explains that Oojah follows the British and Commonwealth travel advice. Accordingly, the terrorism threat is at level 4. There is not a travel advice against travel, however, travellers should remain vigilant and avoid crowded areas. She says: “We provide cover related to terrorism for both medical expenses as well as cancellation. The travel advice can change on a daily basis and travellers should contact us to enquire whether they are covered.”

Flights to Belgium were suspended or diverted with the airport shut on Tuesday and Wednesday. It is unsure as to when the airport will be operational again.

Passengers holding an air ticket for a LH Group flight between Tuesday and 28 March, to, from or via Brussels can rebook without additional cost or obtain a refund.

Air France will allow passengers holding a ticket from or to Brussels for travel between March 22 and 31 to postpone their trip until March 31 for no extra cost in the same ticketed cabin; these changes must be made by March 27.

Those who want to postpone their trip beyond March 31, wish to change their origin or destination or no longer want to travel at all are eligible for a nonrefundable voucher valid for one year on Air France, KLM or HOP, a subsidiary of Air France.

KLM said that passengers holding a ticket from or to Brussels for travel between March 22 and 31 can postpone their trip until March 31 and must rebook by March 27 without paying a change fee.

They can also change their destination and use the full value of their original tickets for new tickets on KLM, Air France and/or Delta Air Lines without paying a change fee.

In addition, they are entitled to a full refund if they are scheduled to travel to, from or through Brussels between March 22 and 31 if their flight was canceled by these airlines or delayed for more than three hours, and they did not travel.

Emirates has rebooked passengers departing from Brussels onto a flight departing from Dusseldorf. Due to ongoing uncertainty within Brussels city concerning ground transport customers are requested to make their own way to Dusseldorf airport.

Customers who do not wish to take this flight can rebook on an alternative flight from Dusseldorf or other Emirates European departure point.

Etihad Airways has rebooked passengers departing from Brussels onto a flight from Dusseldorf airport. At this stage Etihad is unable to confirm ground transport to Dusseldorf for its guests in Brussels due to current security restrictions in place.

Passengers are advised to arrange their own transportation from Brussels to Dusseldorf.

The airline is also offering rebooking options for those guests who have purchased tickets on and before 22 March 2016 for travel to/from/via Brussels until March 29. 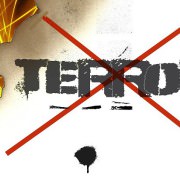 Global Travel Hotspots – what you should know
Zika and travel insurance: what you need to know

Domestic airfares to go up?
Scroll to top
Event Details
×
We use cookies on our website to give you the most relevant experience by remembering your preferences and repeat visits. By clicking “Accept All”, you consent to the use of ALL the cookies. However, you may visit "Cookie Settings" to provide a controlled consent.
Cookie SettingsAccept All
Manage consent