ASATA is headed up by a CEO and administered by a full-time secretariat. ASATA’s continued role and direction is guided by a board of Directors, in addition to Board sub committees and ad hoc Member Advisory Forums, comprising subject matter experts. ASATA’s board of directors are appointed through a board nomination committee and include representatives from all the leading travel brands. 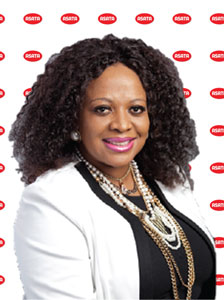 Shereen Morolo is the CEO of Public Sector for Tourvest
Travel Services, South Africa’s foremost travel management company. She joined the company from Travel with Flair where she was the National Sales and Marketing Manager for eight years. Her passion and aptitude for the travel industry are attested to by the fact that she rose through the ranks from Travel Consultant to a national management position in only ten years.

Having started at Rennies Travel in 1994, Shereen took an extended break from the industry to develop her sales skills in other markets. She returned to travel as Key Account Manager at Supersonic Travel towards the end of 2001.

Two years later she joined Protea Hotels before moving on to Travel with Flair as National Sales and Marketing Manager in 2004. In 2012 she became a member of the executive team. 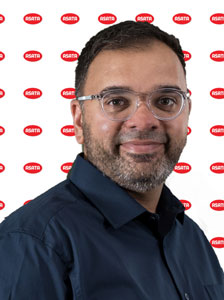 I am the Chief Operational Financial Officer at Bidvest Travel Holdings (Pty) Ltd (“Bidtravel”) where I have overseen the operational finance function at the BidTravel group. The group comprises some of the largest travel management companies (TMCs) including Rennies Travel, BCD and CWT as well as a range of niche leisure travel businesses. My role has included the selection of a new mid and back office solution as well the standardization and centralization of certain finance functions.

Prior to joining Bidtravel, I was an Associate Director at the PricewaterhouseCoopers (PwC) Johannesburg office with over 10 years of experience. I completed my traineeship and qualified as a Chartered Accountant during my time at PwC and experienced a long-term secondment to the London PwC office. 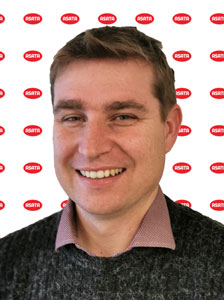 Stéfan is a farm boy who left the shimmering heat waves of the Karoo for the business world in Cape Town.

He graduated with a B Acc. Degree and a Post Graduate Diploma in Accounting from Stellenbosch University in 2005. The next 3 years were spent toiling through an internship with LDP Inc. based in Stellenbosch. During this time, he passed both his board exams which enabled him to become a qualified Chartered Accountant (SA) in 2009.

At the beginning of 2009 he joined Cameron & Prentice Auditors (now BDO Cape Town) as an Audit Manager, where he managed the audits of companies in a variety of industries including the travel industry.

In 2010 Stefan was appointed as Group Financial Manager of Sure Travel (Pty) Ltd.

In 2012 he was appointed as Financial Director of Sure Travel (Pty) Ltd.

In 2016 he was appointed to the board as Chief Financial Officer of Sure Holdings (Pty) Ltd.

During Stefan’s 9 years in the travel industry he has gained an understanding of all  aspects of the industry from an operational, contractual, legal and financial perspective. He has been intimately involved with various matters relating to ASATA, IATA and other industry issues, including;

Stéfan also provides a consulting service to travel businesses requiring turnaround strategies as he has an all-round understanding of the critical requirements. 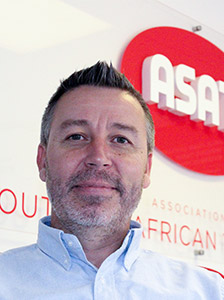 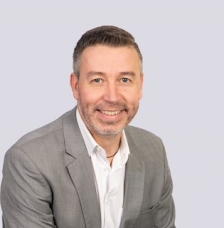 Otto is the CEO of ASATA (Association of Southern African Travel Agents), past Chairman of the World Travel Agents Association Alliance (WTAAA) and board of the Tourism Business Council of South Africa (TBCSA).

He has been active in the travel industry for 30 years, 20 of those in senior management roles in the inbound, retail and wholesale sectors.

He is a WTAAA delegate to the IATA Passenger Agency Global Joint Council (PAPGJC) and currently Chairs the WTAAA Air Committee. Through the Council he has participated on a number of sub-committees, including the steering group on NDC Thought Leadership, the Transparency in Payment Advisory Group and the IATA ADM Working Group. Closer to home he actively participates in the Tourism Leadership Forum (TLF) and through the TBCSA worked on several committees that focused on the B-BBEE Tourism Sector Code amendments; amendments to the South African Immigration Act and the Market Access/ Regulatory Environment Working Committee of the Department of Tourism. 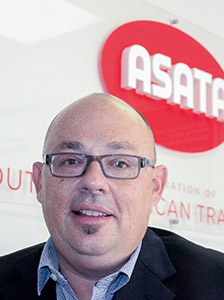 After seven years’ of travel following his National Service, Steve Egan’s interest in travel was piqued. He embarked on his travel career at Sun Air, Lufthansa and South African Airways before joining Travel With Flair in 2004 as the group’s General Manager. Passionate about travel and customer service, Steve has subsequently become a director of TWF Club Avenue and is responsible for Operations , Finance, HR, IT, Sales and Marketing, Leisure Division, and Conference and Events. Steve is keeping travel in the family, having married a travel agent with whom he has an 11-year-old son.  When Steve isn’t inspiring others to travel he enjoys sport and keeps fish. 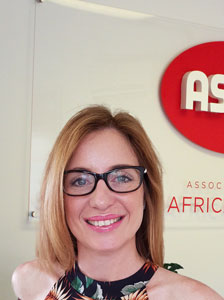 Starting her career in travel in 1994, Tammy Hunt joined the eTravel family and under the mentorship of Garth Wolff (eTravel CEO), rose through the ranks from owning her own ITC company and becoming the Travel Manager for eTravel Coastal to being appointed as the group’s Operations Director in 2013 and MD in 2017. Although this position comes with a lot more responsibility, Tammy is most certainly up for the challenge and has welcomed the opportunity with both hands.  Tammy has an incredibly supportive husband, Scarbra, and two beautiful daughters, Tyler and Olivia who are constantly reminding her what life is about ….. celebrating life. 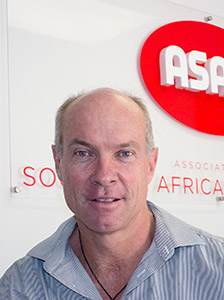 Gary Mulder is the CEO of the Club Travel Group overseeing the group’s leisure, corporate, franchise and technology divisions. Prior to his appointment as CEO, Mulder, held the role of Financial Director at Club Travel. Gary holds a Bachelor of Business Science (CA) from the University of Cape Town and has been a board member of the Association of South African Travel Agents (ASATA) since 2016. He has been on the board of trustees for the JDI Foundation, a South African charitable organisation that supports local community projects, for almost 20 years. 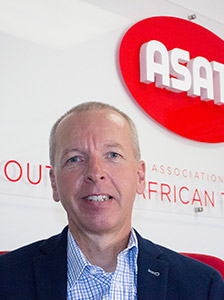 Frank Palapies joined Wings in 2014 as Chief Operating Officer/Commerce for Africa, Middle East and Brazil, based in Johannesburg. Frank has over 20 years’ experience within the global hospitality, airline, travel procurement and technology sectors. His career includes 10 years with Amadeus IT Group from 2000 to 2010 where he held senior positions as head of global commercial operations in Sophia Antipolis (Nice) and General Manager Southern Africa. Frank is responsible for Wings’ day-to-day operations in his regions, as well as business development internationally. 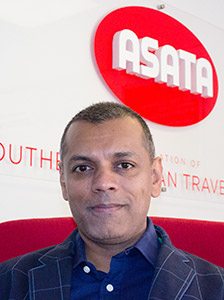 With over 22 years’ travel experience, Sailesh Parbhu began his career as a junior consultant at Flywell Travel. Working his way up the ranks, Sailesh now holds the positions of Managing Director of XL Nexus Travel, the chairman of the Laxmi Group and Chairman of the XL Travel Exco, among other roles. An entrepreneur at heart, Sailesh is responsible for the overall management of new business development and key account management, as well as ensuring a strategic overview of all branch offices and in-house offices of Nexus Travel, which employs over 200 staff members and has offices nationally. 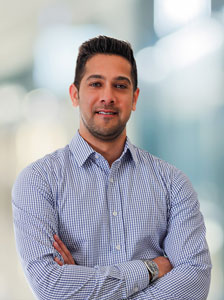 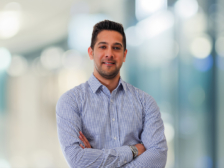 With 30 years’ experience in travel, Jackie has experience in retail and wholesale travel, having successfully elevated the popularity of World Leisure Holidays as the Operations Director, and then Managing Director. Jackie founded and is the Managing Director of The Holiday Factory, which has revolutionised the South African Tour Operating landscape by offering independent Mauritian hotel groups a marketing and fulfilment platform in the South African market. In just a few years, the company has risen to the position of one of the largest and most respected Wholesale Tour Operators in South Africa. An extremely passionate and driven individual with a strong operational and marketing background, Jackie is a fearless leader with a penchant for doing it right. She lives by the motto good enough never is! 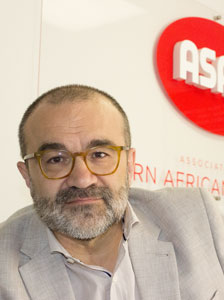 Close
Scroll to top
Event Details
×
We use cookies on our website to give you the most relevant experience by remembering your preferences and repeat visits. By clicking “Accept All”, you consent to the use of ALL the cookies. However, you may visit "Cookie Settings" to provide a controlled consent.
Cookie SettingsAccept All
Manage consent

This website uses cookies to improve your experience while you navigate through the website. Out of these, the cookies that are categorized as necessary are stored on your browser as they are essential for the working of basic functionalities of the website. We also use third-party cookies that help us analyze and understand how you use this website. These cookies will be stored in your browser only with your consent. You also have the option to opt-out of these cookies. But opting out of some of these cookies may affect your browsing experience.
Necessary Always Enabled

Performance cookies are used to understand and analyze the key performance indexes of the website which helps in delivering a better user experience for the visitors.

Analytical cookies are used to understand how visitors interact with the website. These cookies help provide information on metrics the number of visitors, bounce rate, traffic source, etc.

Advertisement cookies are used to provide visitors with relevant ads and marketing campaigns. These cookies track visitors across websites and collect information to provide customized ads.

Other uncategorized cookies are those that are being analyzed and have not been classified into a category as yet.

SAVE & ACCEPT
Powered by